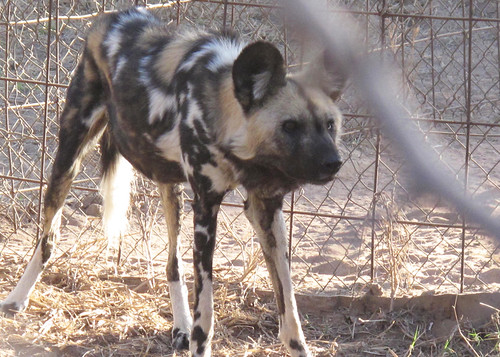 Image by US Army Africa

Majs. Tre Wilcher III and Dan Kolva undertook the traveling contact team visit to present the U.S. Army approach to field grade officers of both the Botswana Ground Forces and the Botswana Air Wing, the two components of the BDF.

“The U.S. Army model of MDMP was introduced five years ago to the BDF, but previously has only been taught in the Command and Staff College. But now there seems to be a push to integrate it throughout their ranks for planning process at all levels,” Wilcher said.

The majority of participants held the rank of major, though there were a few warrant officers and noncommissioned officers in attendance as well. Participants included pilots, logisticians, military police, air defense and intelligence personnel, he said.

The seminar consisted of morning discussions regarding one or two of the seven MDMP steps followed by afternoon Tactical Decision Games or scenario exercises in which the BDF officers practiced the conduct of MDMP according to the U.S. Army model. The BDF officers were quick to grasp the MDMP and work with it as a planning tool, Wilcher said.

“They were overwhelmingly receptive to the concept and the seven steps,” Kolva said. “They conducted a candid analysis of the process and sequential steps, even to the extent of challenging the order we presented.”

The BDF officers occasionally worked through their scheduled breaks to ensure their grasp of particulars and the process as a whole, he said.

“The officers, warrants and NCOs that participated were always attentive to the subject. They displayed a real dedication to learning the process for the benefit of their branch and service,” Kolva said.

While in Gaborone, Kolva and Wilcher had the rare opportunity to tour the BDF’s “Snake Park,” a unique training environment that prepares BDF soldiers for deployments in the bush. The facility is home to not only snakes, but to lions, crocodiles, monkeys, hyenas and wild dogs among other creatures.

The BDF uses the facility to train soldiers to understand, react to and interact with the indigenous wildlife while conducting anti-poaching and border security missions.

“We learned something from them, too,” Wilcher said.

Afghanistan-bound Marines learn farming practices at university in California’s Central Valley FRESNO, Calif. – At a university farm in California’s crop-abundant Central Valley, a group of U.S. Marines trudged through muddy fields on Monday to learn how to tend pomegranate trees, a crop popular in war-torn Afghanistan where they will soon deploy.

Read more on The Canadian Press via Yahoo! Canada News

Holloway re-elected community college leader CONCORD — Paul Holloway of Rye was elected to serve a sixth yearlong term as chairman of the Community College System Board of Trustees, at a recent Board of Trustees meeting. Other officers elected to one-year terms were Harvey Hill (Charlestown)…

GCC uses solar power to save Jayne Flores, assistant director for communications and promotions at the Guam Community College, shows off solar panels installed on the roof of the Anthony A. Leon Guerrero Allied Health Center at the Mangilao campus yesterday.

Afghanistan-bound Marines learn farming practices At a university farm in California’s crop-abundant Central Valley, a group of U.S. Marines trudged through muddy fields on Monday to learn how to tend pomegranate trees, a crop popular in war-to…